The Battle for Middle Earth

If you are familiar at all with J.R.R. Tolkien, you know Middle Earth.  Middle-Earth is the setting of much of Tolkien’s writing that forms the background to his LORD OF THE RINGS. Gondor, Isengard, Rohan, Minas Tirith, Rivendell, The Shire and more ….all regions within Middle Earth. And of course, who can forget, Mordor!

All these regions had something in common. They were fighting for their very existence. The good, intent not only on survival but the assurance of hope for the future. And evil, bent on conquering all of Middle Earth through merciless slaughter!

As you will recall, in the movie adapted by director, Peter Jackson, the darkness was on the offense to overcome and take over every region of Middle Earth. To dominate and rid the earth of any light at all. Then again, that is what evil does. It dominates, murders and pillages without conscience and without mercy! It has no rhyme or reason but that of destruction and is very strategic about its mission. No haphazardness here! Total destruction!

However, our friends from Middle Earth; Frodo, Samwise “Sam” Gamgee, Aragorn, Gimli, Legolas and the wise, Gandalf with a host of other brave comrades were soberly aware of what could happen if they failed to meet the darkness, head on. Unless they were willing to give everything, evil would prevail and life as they knew it, would cease to exist.

Personally inspired by their valor in the midst of unforgivable circumstances, I was all too aware of how NOT like them I was. In awe of their perseverance, I wanted bravery like that! I wanted to know that when it comes down to my part, I would be able to stand strong and endure!

One of the most haunting statements in the movie was made to Frodo by Galadriel, the Lady of the Wood, “if you do not find a way, no one will.” This statement was made as Frodo faced the powers of darkness and his own fear as he forged forward to rid Middle Earth of the ring of power. Once destroyed, all the powers of the darkness would be annihilated!

I was shaken to the realization that Frodo was no different than me. He continued to put one foot in front of the other and move forward. Even when he lost hope that he would ever see The Shire or his loved ones again, he knew that there was purpose in what he was appointed to do. Who knows what drove him onward. Fear? Compassion? Honor? Loyalty? Responsibility to his fellow man? Whatever it was, he completed his mission.

Perhaps it was the weight of the statement, “if you do not find a way, no one will.” Can you imagine the consequence of not fulfilling it? Maybe, he recalled the vision he saw in the silver basin of The Shire burning. Maybe it was the horror of watching his beloved, Gandalf, fall into Shadow. Whatever it was, through whatever he had to face, he was faithful to that appointment.

What is your appointment? What is it that you know you MUST do and if you don’t, it won’t be done? What are you facing that seems insurmountable and impossible? 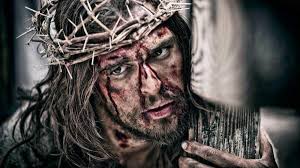 2 looking unto Jesus, the author and finisher of our faith, who for the joy that was set before Him endured the cross, despising the shame, and has sat down at the right hand of the throne of God.

3 For consider Him who endured such hostility from sinners against Himself, lest you become weary and discouraged in your souls. 4 You have not yet resisted to bloodshed, striving against sin.